A SpaceX Falcon 9 rocket will launch the Dragon cargo spacecraft toward the International Space Station today (April 2) from Cape Canaveral Air Force Station in Florida, hauling nearly 3 tons of experiments and supplies, including a lightning tracker, a materials-science facility, two student genetics experiments and much more.

SpaceX will launch a Dragon cargo spacecraft to the International Space Station on Monday (April 2) at 4:30 p.m. EDT (20:30 GMT).

Live coverage of the launch will begin at 4 p.m. EDT (20:00 GMT), and you can watch it live in the window above, courtesy of NASA TV. The CRS14 launch is the 52nd launch of Falcon 9, the 16th of Dragon, and the 7th SpaceX launch this year. 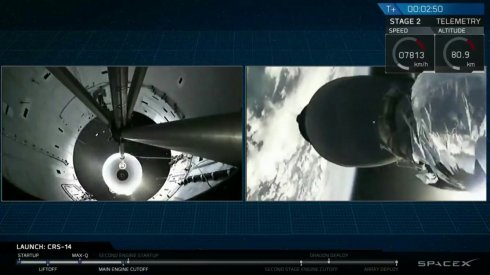 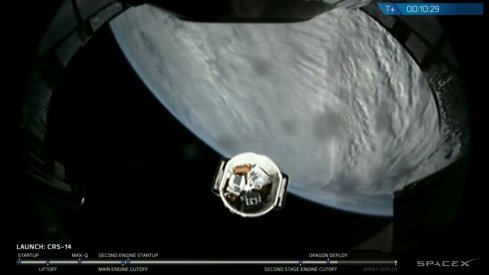 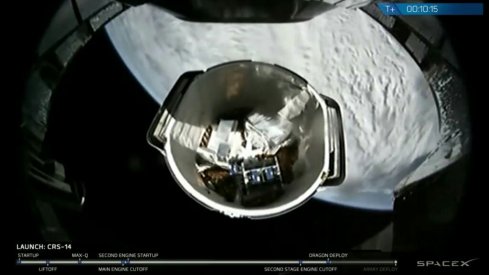 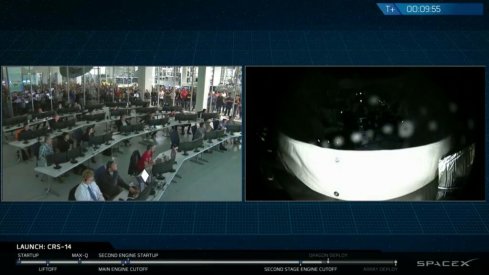 This is the 16th Dragon 1 flight. The capsule is C110, previously flown on the CRS-8 mission. The trunk and nose cap are, as usual, new.

And that’s mission success for Falcon. Dragon has some work ahead however. 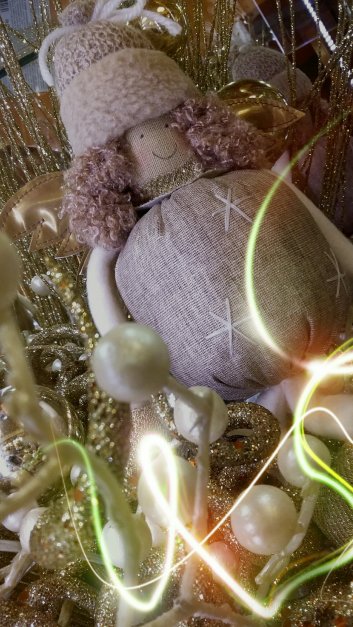