🔴 All interstate transportation services in and out of Beijing will be suspended starting tomorrow as China declares a 1st level emergency response.

🔴 UPDATE: Transmission of coronoavirus estimated at 2.6 by another research group (lower than the 3.8 initial reports). But 2.6 is still extremely bad – each infected person will infect 2.6 others. Even the authors admit Corona Outbreak containment will be very difficult.

Just entered Hubei Province where the coronarvirus outbreak started. Virtually nobody on the streets here. At the checkpoint the police said we can go in but they won’t let us back out. It looks like the entire province of Hubei, population 30 million, to be locked down… – Stephen Mc Donell

🔴 China physically blocking the road to prevent spread of coronarovirus. On the border btw Jingzhou and Yichang in Hubei province. Provincial capital Wuhan already under lockdown. …not so much as to prevent the spread the coronavirus but to prevent people from escaping the place… 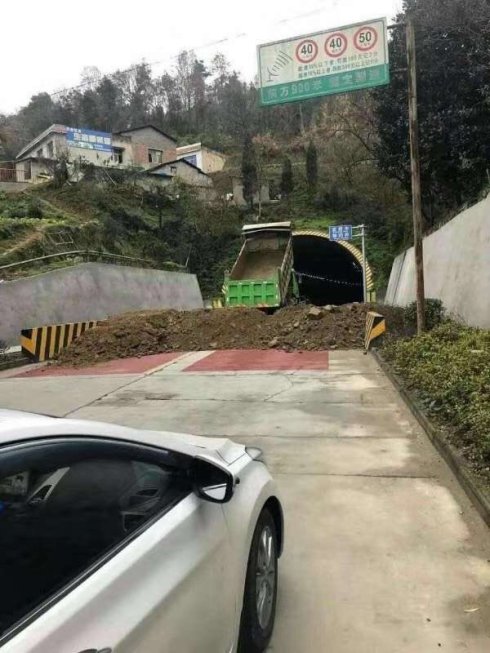 🔴 HongKong has declared the coronavirus outbreak an emergency. Leader Carrie Lam has said that schools will remain closed until at least Feb. 17 and all trains and flights from Wuhan, China will be stopped.

🔴 REUTERS: Iran has capacity to enrich at any percentage: deputy head of nuclear agency.

🔴 Doctor Liang Wudong at the ENT department of Hubei Xinhua Hospital who had been at the front line fighting against nCoV2019 in Wuhan, died from the virus on Sat at the age of 62. RIP

Some folks think I’m trying to incite fear. I’m not trying – I’m a scientist. This coronavirus Wuhan Coronovirus is serious. Over 50 million people are quarantined + case counts will go up much more. Predict WHO will declare emergency. …Let’s hope for the best, prepared for worst…

🔴 A secondary specialist hospital will be built in Wuhan, China to deal with Coronavirus. This one will have bed capacity of 1300.

🔴 The health commission have also requested that 24 general hospitals be converted to specialised hospitals for coronoavirus adding an additional 6000 beds. …so China says only 890 people are infected but they now need 10,000+ beds for patients 🙃

🔴 Hundreds of trucks with food supplies queuing on the highway heading to Wuhan. The city has been blocked to prevent further speading of the Pneumonia and there are over 11 million people in Wuhan now relying on supplies from outside.

– A geopolitical crisis with Iran; culminating in an attack on al-Asad airbase near Baghdad.

– The start of impeachment proceedings in the senate.

1/ “HOLY MOTHER OF GOD – the new coronavirus is a 3.8! How bad is that reproductive R0 value? It is thermonuclear pandemic level bad – never seen an actual virality coefficient outside of Twitter in my entire career. I’m not exaggerating…” – Wuhan Coronovirus/Coronavirus Outbreak

2/ “We estimate the basic reproduction number of the infection (R_0) to be 3.8 (95% confidence interval, 3.6-4.0), indicating that 72-75% of transmissions must be prevented by control measures for infections to stop increasing…

4/ we predict the epidemic in Wuhan will be substantially larger by 4 February (191,529 infections; prediction interval, 132,751-273,649), infection will be established in other Chinese cities, and importations to other countries will be more frequent. Our model suggests that…

5/ travel restrictions from and to Wuhan city are unlikely to be effective in halting transmission across China; with a 99% effective reduction in travel, the size of the epidemic outside of Wuhan may only be reduced by 24.9% on 4 February. Our findings are…

6/ …critically dependent on the assumptions underpinning our model, and the timing and reporting of confirmed cases, and there is considerable uncertainty associated with the outbreak at this early stage. With these caveats in mind, our work suggests that…

7/ a basic reproductive number for this 2019-nCoV outbreak is higher compared to other emergent coronaviruses, suggesting that containment or control of this pathogen may be substantially more difficult.”!!!!

8/ SUMMARY: so what does this mean for the world??? We are now faced with the most virulent virus 🦠 epidemic the world has ever seen. An R0=3.8 means that it exceeds SARS’s modest 0.49 viral attack rate by 7.75x — almost 8 fold! A virus that spreads 8 faster than SARS…

9/ …cannot be stopped by containment alone. A 99% quarantine lockdown containment of Wuhan will not even reduce the epidemic’s spread by even 1/3rd in the next 2 weeks. Thus, I really hate to be the epidemiologist who has to admit this, but we are potentially faced with…

10/ …possibly an unchecked pandemic that the world has not seen since the 1918 Spanish Influenza. Let’s hope it doesn’t reach that level but we now live in the modern world 🌎 with faster ✈️+ 🚞 than 1918. WHO and CDCgov needs to declare public health emergency ASAP!

11/ REFERENCE for the R0 attack rate (reproductive coefficient) of 3.8 and the 99% containment models come from this paper: [link]

13/ …and it gets even worse, the Lancet now reports that the coronavirus is contagious even when *no symptoms*: specifically: “crucial to isolate patients… quarantine contacts as early as possible because asymptomatic infection appears possible”!

I’ll be honest – as an epidemiologist, I’m really deeply worried about this new coronavirus outbreak.

1) the virus has an upward infection trajectory curve much steeper than SARS.

2) it can be transmitted person to person before symptoms appear — I.e. it is silently contagious!

This is why I’m nervous about this outbreak as an epidemiologist. If this happened in America – it would be like shutting down half the Eastern seaboard – basically the entire Mid Atlantic region or more. …la spagnola aveva un R0 molto più basso, 1.8. Calcoli statistici: l’isolamento del 99% dei pazienti ferma la diffusione solo del 24.9 per cento al 4 febbraio. Sembra che sia trasmissibile anche in soggetti asintomatici… adesso è fra 2.5 e 2.8...

🔴 BREAKING: WHO reports that a patient in Vietnam with no previous travels to China has contracted the coronavirus. …the incubation period is longer than expected… 2 weeks apparently… very bad for detection methods…

🔴 Coronavirus: As new cases surge, health experts inside and outside USG say they believe the Chinese government is significantly underreporting number of cases and deaths in that country. One estimate: numbers are likely 10x higher.

🔴 Liang Wudong, a doctor at Hubei Xinhua Hospital who had been at the front line of the Coronavirus Outbreak battle in Wuhan, dies from the virus at age 62.

🔴 Victorian Health has confirmed it has Australia’s first confirmed case of the new and deadly coronavirus.

The state’s health minister said the person is a Chinese National in his 50s that had spent time in the city Wuhan.

He has been isolated in a Melbourne hospital.

🔴 180 new cases of Wuhan Coronavirus infection were confirmed in Hubei Province, with 15 deaths all in Wuhan; total number of infected patients rose to 729 with 39 deaths in the province, local health authority released on 5:01 am Saturday local time.

🔴 Igor Koralnik, MD, Neuro-infectious disease specialists at Northwestern Med discusses in-depth what you should know about how the Coronavirus has evolved, how it is transmitted, and symptoms you should be aware of.

🔴 In the cities bordering Wuhan’s Hubei Province medical emergency points have been set up. This is in Henan. China/CoronaVirus 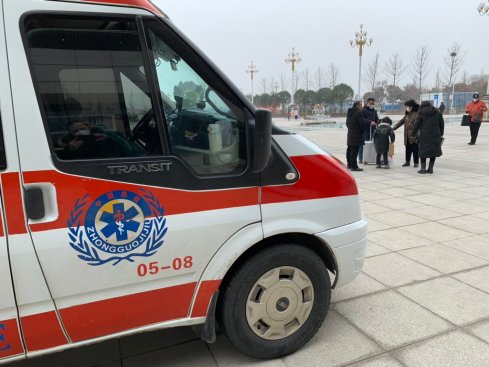 🔴 BREAKING: Turkish Health Minister Koca: 18 people were killed, 553 others were injured after the Elazığ earthquake, search and rescue efforts continuing.